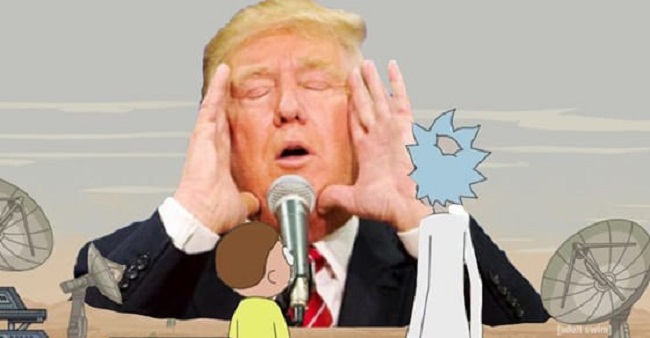 Nguyên Bản:
Trump Is Turning America Into the ‘Shithole Country’ He Fears

There is a lot of learned material written about nationalism—scholarly books and papers, histories of it, theories of it—but most of us understand that nationalism, at its heart, at its very deepest roots, is about a feeling of superiority: We are better than you. Our country is better than your country. Or even—and apologies, but this is the precise language deployed by the president of the United States: Your country is a shithole country. Ours isn’t.

Each weekday evening, get an overview of the day’s biggest news, along with fascinating ideas, images, and voices.

In this sense, nationalism is not patriotism, which is the desire to work on behalf of your fellow citizens, to defend common values, to build something positive. Nationalism is not community spirit either, which seeks to pull people together. Nationalism has nothing to do with democratic values: Authoritarians can be nationalists; indeed, most are. Nationalism has nothing to do with the rule of law, justice, or opportunity. At its core, nationalism is rather a competition, an ugly and negative competition. There’s a reason nationalists build walls, denigrate foreigners, and denounce immigrants: Because our people are better than those people. There’s a reason nationalism has so often become violent in the past. For if we—our nation—are better, then what right do others have to live beside us? Or to occupy land that we covet? Or even, maybe, to live at all?

Sure, people pretend otherwise. We’re just defending our right to be unique! We just want everyone to stay in their own country! We just like our own culture! But that’s not really what nationalists think, and everyone knows it. They can nod and wink at equality among nations, but really they are motivated by, driven by, addicted to a feeling of superiority. Our county is better than your country. So stay out.

I hear this when Donald Trump uses the slogan “America First”: This is why he needs a physical wall at the Mexican border; this is the source of his dislike for immigrants, for people with unfamiliar surnames or different skin colors. He regards all of them as lesser, inferior people who somehow got inside our borders and made our country worse. He and the claque who support him repeat these things over and over again because this kind of nationalism requires reinforcement. It thrives on stories and pictures, songs and chants, repetition. It needs a constant stream of evidence, constant proof of superiority.

Here it’s worth pointing out a genuine oddity: The world in the age of the coronavirus should be a nationalist’s paradise. Borders have slammed shut. Countries have fallen back on their own resources. Multiple international institutions have failed, in major and minor ways, starting with the World Health Organization, the one group that was explicitly created for this moment, and continuing on to the G-7, whose members can’t even manage to meet for coffee.

And yet, has there ever been a more global moment? Everyone in the world is living in the same isolation, with the same fears. Everyone is working on the same vaccines, exchanging notes about the same cures. Everyone is trying to solve the same medical, psychological, and economic problems. Everyone is dealing with a virus that seems completely uninterested in the national origins of the people it infects. More to the point, everyone can look at everyone else’s country, read its media and social media, see how its institutions are coping with the crisis. We can’t leave our houses, but we can meet in cyberspace, where we can keep talking.

While we are there, we can see how other countries are dealing with the pandemic. Some are doing well, especially those that have decent bureaucrats, respect for science, and high levels of trust: South Korea and Taiwan, Germany and Slovakia, much of Scandinavia, New Zealand. Some countries are not doing well, especially those run by divisive populists on both the left and the right: Russia, Brazil, Mexico, and, of course, the United States. But even within this latter group, we stand out. Out of all these countries—out of all the countries in the world—the U.S. has the largest number of cases and the highest death toll. The U.S. isn’t merely suffering; the U.S. is suffering more than anybody else.

The numbers of American sick and dead are a source of wonder and marvel all over the world. They also inspire fear and anxiety. The European Union has decided to allow some foreigners to cross its borders now, but not Americans. Uruguayans and Rwandans can go to Italy and Spain, but not Americans. Moroccans and Tunisians can go to Germany and Greece, but not Americans. For the first time in living memory, Canada has kept its border closed with the United States. On July 3, the governor of the Mexican state of Sonora delivered the coup de grace: She announced the temporary closure of the border with Arizona and banned Americans from Sonoran beaches.

How will American nationalists cope with this new situation? I’m guessing many will pretend, like the president, that this isn’t happening: Months into the crisis, he has once again expressed the belief that the virus will magically “disappear.” But for some, it will be difficult to prevent the intrusion of reality: The stupid and pointless competition among nations continues in their heads—and they are losing. A major reckoning is coming. It can’t arrive too soon.

Anne Applebaum is a staff writer at The Atlantic and a senior fellow of the Agora Institute at Johns Hopkins University. Her new book, Twilight of Democracy: The Seductive Lure of Authoritarianism, is published in July.